A Framework for Trading and Trading Psychology 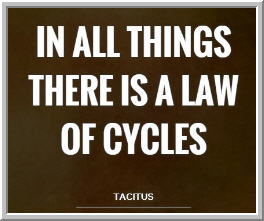 If you were to listen into the conversation of a basketball coach with a player, you would hear quite a bit about how to play the game.  The coach might talk about getting back on defense or working harder to get position on rebounds or taking the high percentage shot, but the conversation would be about playing better.  Whatever needed to be addressed in terms of psychology would be embedded within the coaching regarding the playing.

For example, if the player is not taking the high percentage shot at the top of the key (a failing for which I vividly recall being taken to task), the coach will address the psychology by making it abundantly clear that he believes in you and that you will never be blamed for missing a high percentage shot.  The coach might also include a ridiculous number of top of the key jumpers in the next round of shooting practice.  Such coaching *very* much addresses psychology, but in the context of actual playing.

Oddly, trading psychology is rarely approached in such a fashion.  I find it refreshing (and unfortunately rare) to hear a trading coach talk about actual trading.  It is as if the game inside the trader’s head is completely separate from the game of trading and somehow, magically, the two are supposed to converge.  I can’t think of any other performance field where psychology is so completely decontextualized.

In coming weeks, I will be returning to regular trading and, yes, I will be reviewing my performance and coaching myself.  You can be sure that I will not be exhorting myself to perform positive affirmations; nor will I be telling myself–in generic fashion–to follow my process and trade with discipline.  I will review each trade like a basketball coach reviews game film with a team.  In so doing, I’ll address my psychology within the context of what was done well and what needs improvement.  That is what deliberate practice is all about.

I look forward to sharing what I’m learning, in markets and in psychology!

So let’s start with trading.

My framework for trading is to break the market down into three components:

Trades are placed based upon the assumption that the trend and cyclical components that characterize the most recent market action will continue into the immediate future.  That assumption of what is called stationarity is based upon an assessment of the stability of market participation from one time period to the next.  It is for that reason that I trade at certain times (which, historically, tend to be stationary/uniform) and avoid trading at other times.

The charts of market action that I track are based on events, not time.  When we look at bars on a chart that are denominated by volume, trades, ticks, etc., we create more stationary data series.  That enables us to find more uniform cyclical behavior within markets.

Trends and cycles are two primary dimensions of market behavior.  A third dimension is rotation.  Most markets display a rotational component where certain sectors and industries within the market are relatively strong; others relatively weak.  Trend determines the direction of the trade; cycles determine when to trade.  Rotation is crucial in identifying what to trade.  A significant portion of overall profitability comes from trading the right instruments.

Note that trades in a very strong rotational market can be structured in relative terms–long the strongest market segments, short the weakest–to create trend trades.  There are also situations in which volatility is priced cheaply in a market that has the potential for a meaningful directional move.  Structuring the trade idea with options can provide particularly favorable reward relative to risk.  Trade structuring is a fourth dimension of trading.  A significant portion of profitability comes from optimal structuring of a market idea.

In posts later this summer, I will illustrate my trading–and my trading psychology.  The focus in these posts will be the integration of psychology with the actual trading.

Key lesson:  We develop psychologically by doing things differently.  There is no meaningful psychological development apart from doing.