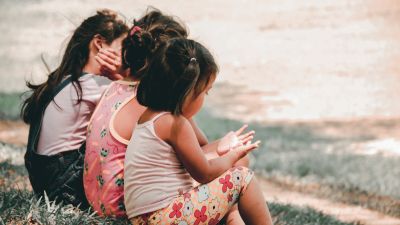 Child poverty in the UK fell to the lowest level in seven years in the first year of the coronavirus pandemic, research suggests, with charities suggesting this is likely down to extra support given to families. The percentage of children living in relative poverty – less than 60% of the median income once their family’s housing costs are taken into consideration – fell from 31% to 27% between 2019-20 and 2020-21, according to analysis. The End Child Poverty Coalition said this is likely due to government measures during the pandemic, such as temporarily increasing universal credit by £20 a week.

But they say that child poverty rates have remained “alarmingly high” over the past decade, with 3.6 million children living in poverty in 2020-21. And with the universal credit increase now removed, and amid the rising cost-of-living, they warn more families will be plunged into poverty without increased government support. Loughborough University carried out research for the coalition, analysing official figures from the Department for Work and Pensions (DWP).

Want a quick and expert briefing on the biggest news stories? Listen to our latest podcasts to find out What You Need To Know

These show the percentage of children living in households with less than 60% of the median income in local areas. Despite the overall UK-wide annual fall, child poverty rose in four regions – the East and North East of England, Yorkshire and the Humber, and Wales. And while the UK child poverty rate has fallen by two percentage points since 2015, it has risen in five regions over this time. The biggest increase was in the North East, a rise of 12 percentage points to reach 38%, followed by six percentage points in Yorkshire and the Humber and five percentage points in Wales. The highest rates continue to be in major cities and London boroughs, according to the coalition, which represents more than 70 organisations. Over half of children growing up in Tower Hamlets were living in poverty in 2020-21, and over 40% of children in five more London boroughs, and Luton, Newcastle, Birmingham, Middlesbrough and Sunderland. Two-thirds of children in poverty were living in a home where at least one adult was in work. Some 40% of children in lone-parent households were in poverty, compared to 24% of those whose parents live together.

Joseph Howes, chairman of the End Child Poverty Coalition, said: “There will always be conflicting government priorities, but surely the wellbeing of the most vulnerable children in our society should be front and centre, particularly as we go through the most severe period of price rises for 40 years. “It remains incredibly worrying that at a moment like this there is nothing in the government’s Levelling Up strategy on this issue.” The government should produce a national child poverty strategy created, Mr Howes said. He added: “It still feels like we are on the edge of a precipice. There is significant concern that the numbers of children in poverty will now rise again sharply with families facing huge cost increases in the coming months.”

Dan Paskins, director of UK impact at Save the Children, said it is an “outrage” that child poverty figures remain high. He said: “The former chancellor’s recent economic package was welcome but has in reality just kept families treading water, all it has done is help with some of the increased costs but it has not prevented a real-terms cut in income.” President of the Royal College of Paediatrics and Child Health, Dr Camilla Kingdon, said rising child poverty in any UK region was “not good news”. She continued: “Child poverty has fallen overall in the UK for the first time in a number of years and is credited as a temporary improvement from the £20 uplift to Universal Credit. “This clearly shows that boosting the incomes of low-income families via cash transfers works to alleviate poverty. “The way forward now should be clear and our governments must take action.”

Using a separate measure of poverty, covering households with income below 60% of median income in a base year – usually 2010/11 – adjusted for inflation the government said there were 500,000 fewer children in poverty after housing costs than in 2009/10. A government spokesman said the eight million most vulnerable families will be protected during the cost-of-living crisis with at least £1,200 in direct payments from this week. He said: “Through our £37 billion support package we are saving the typical employee over £330 a year through a tax cut this month, allowing people on Universal Credit to keep £1,000 more of what they earn and in April we significantly increased the National Living Wage to £9.50, the largest ever rise. “In addition, we have expanded access to free school meals more than any other government in recent decades, while vulnerable families in England are being supported by the Government’s Household Support Fund – which was recently boosted by another £500 million.”